Why smart roads will be everywhere

Technology is advancing by leaps and bounds and it is becoming more and more common to hear the word “smart” next to devices. These are characterized by using Artificial Intelligence to work much more efficiently and by being connected to the Internet.

Electric and autonomous vehicles are true cars of the future that already circulate in various cities around the world. We explain what smart digital roads are, what their current situation is, and why they’ll be everywhere.

Today many of the mobile devices have the same capacity of a computer. New technological developments are permeating every aspect of human life, and transportation is no exception:

Roads with an electric charge

It seems that the future of transportation. Much will depend on electricity, because not only electric cars are appearing on the scene, but also several countries in Europe are working on creating electric roads.

Believe it or not, the concept is not new; In South Korea, a 12-kilometer stretch of highway was opened in 2013, where buses receive electric charge wirelessly while they are still running. In the United Kingdom, there are wireless charging stations for electric cars. The idea is quite revolutionary, since, if it becomes a reality, it supplies energy to the cars while they drive through the adapted areas.

Solar panels on the road

Perhaps the most complex project being worked on is converting all the roads in the world into solar panels that absorb all the energy from the sun during the day. The company in charge of this ambitious plan is Solar Roadways. The idea is that the production of electrical energy with solar panels finances the construction of more solar roads. The challenge, for now, is to find a way for the photovoltaic material to resist humidity, temperature changes, and the pressure of the cars that drive on it.

Due to the type of terrain that prevails in Norway, the company called Inhabitat is working on a project for underwater motorways that will cover a large part of its territory submerged in bays and lakes.

These are roads several kilometers long that will circulate inside a submerged tube 30 meters deep connected to floating pontoons that will keep them at a stable height. The work is still in a testing period, as the company states that the structures must withstand the force of the tide, tremors, low temperatures, and the salinity of the water. Underwater highways are expected to reach Nordic waters by 2035, with the government spending $ 25 billion on research for now.

The Cooperative ITS Corridor organization has the idea of building smart roads that warn drivers of obstacles on the road through dynamic signs. The idea is simple, to achieve communication between the car and the highway infrastructure, which would facilitate the development and use of autonomous vehicles. Tests are currently being carried out on some roads in Vienna, Munich, Rotterdam, and Frankfurt.

Public transport will also have to evolve and a test is the Chinese airbus launched back in 2016. It is a bus that is 22 meters long, 7.8 meters wide, and almost 5 meters high that rests on tracks placed on the sides, allowing cars to circulate under it with a capacity of 300 passengers. The first tests of its functionality are already being carried out in the city of Qinhuangdao in northern China. Its manufacturers say that the issue of passenger stops and mobility on sharp turns still needs to be addressed. Although in recent dates it has presented some flaws, the designers assure that the project still stands.

It is a project that consists of signs drawn with phosphorescent paint on the pavement. During the day, the paint will absorb the sunlight and at night it will shine to delineate the lanes of the highway. The work is done by artist Daan Roosegaarde and the first tests have already been done on a motorway in the Netherlands. In the event of low light during the day, the lines will be recharged with little electricity from solar panels. In addition to the lines, the Daan team is developing a material with which they will draw designs on the pavement that will appear only when the asphalt is slippery or wet.

Solar roads have interesting advantages in their development.

The smart roads of the future are not only smart thanks to their ability to communicate with other objects. They also achieve this thanks to the fact that they have the capacity to supply energy to the vehicles that transit through them. Sweden was the country chosen by Siemens and vehicle manufacturer Scania to test the world’s first public electric smart highway. On a two-kilometer route and for the next two years, hybrid trucks (powered by diesel fuel and electricity) will transit the avenue and draw energy from a system of electric chains.

Through this pilot plan, the Swedish government wants to determine the commercial viability of electric highways, which would further government goals of having a transport sector that is not dependent on fossil fuels by 2030 at the latest. 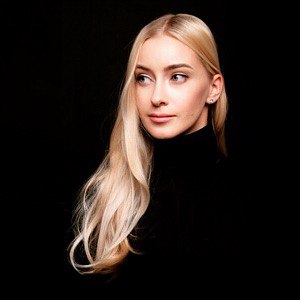 Write us your queries and we will get back within a few hours.

Want to join in our team?

How Autonomous Trucks Impact The Future of Logistics

Route optimization: How to find the best solution?

This site uses cookies to store information on your computer. Some are essential to make our site work; others help us improve the user experience. By using the site, you consent to the placement of these cookies. I agree
Privacy & Cookies Policy

Any cookies that may not be particularly necessary for the website to function and is used specifically to collect user personal data via analytics, ads, other embedded contents are termed as non-necessary cookies. It is mandatory to procure user consent prior to running these cookies on your website.